Go to the contents

Under section 90 of the Constitution of Finland, the task of the National Audit Office is to audit the management of central government finances and compliance with the state budget. The National Audit Office annually audits the final accounts of the state, the ministries, other agencies obliged to prepare final accounts and three off-budget funds.

Some accounting offices have received a financial audit report containing a caution, i.e. a modified opinion, repeatedly in recent years. As many as five accounting offices have been cautioned in six consecutive years. These accounting units are the KEHA Centre (Development and Administrative Centre for the ELY Centres and TE Offices), the Finnish Transport Infrastructure Agency, the Ministry of Education and Culture, the Ministry of Economic Affairs and Employment and the Finnish Government Shared Services Centre for Finance and HR (Palkeet).1

As many as five accounting offices have been cautioned in six consecutive years.

The most powerful means of financial audit is to oblige the management of the audited entity to report on the measures the audited entity has taken to remedy the state of affairs for which it has been cautioned. The National Audit Office imposed a reporting obligation for 2021 on three accounting offices. The State Department of Åland was obliged to report on shortcomings in balance sheet specifications, while the Ministry of Economic Affairs and Employment was obliged to report on shortcomings in authorisation accounting. In addition, Palkeet was once again obliged to report on the organisation of the internal control of centralised financial management tasks.1

The valid provisions set requirements for the control environment and thus restrict the means that can be used to pursue operational efficiency. Palkeet should take this into account in the organisation of its financial and HR administration and particularly in the development of its processes and information systems.1

The Ministry of Finance and the State Treasury should ensure, through regulatory steering and performance management, that the control environment of centralised financial management tasks is developed in a balanced manner in terms of both quality and efficiency. In connection with target setting, the risk appetite of internal control is also assessed. From the perspective of financial audit, the target setting of Palkeet should take effective internal control better into account. Evaluating provisions should be an integral part of the development of activities. For example, provisions should not limit the development of automation when automation enables the same or higher level of assurance to be achieved in the performance of functions or in the efficiency of internal control.1

The National Audit Office considers that sharper steering and appropriate organisation of internal control require increased cooperation and understanding between central government actors. In addition, the Ministry of Finance, the State Treasury and Palkeet should ensure that there is sufficient competence for the preparation of legislation, regulations and guidelines as well as for the development of processes and information systems. Effective internal control also supports the objectives set for operational efficiency.1

The most common reason for cautions on internal control in 2021 was a shortcoming in authorisation accounting. Such a caution was issued to three accounting offices: the Ministry of the Environment, the Ministry of Economic Affairs and Employment as well as Business Finland – the Finnish Funding Agency for Technology and Innovation.1

Authorisation refers to a permission granted by Parliament in the budget to commit to expenditure payable in the years following the budget year. The National Audit Office has, each year, found shortcomings in authorisations in terms of true and fair information in the financial statements, compliance with the budget or internal control.

Several practices related to VAT expenses were contrary to the budget

A qualified opinion on regularity was issued in the 2021 financial audit reports to nine accounting offices.

A qualified opinion on regularity usually concerns an individual area or procedure in financial management. Therefore, it does not mean that the agency’s or the central government’s finances have been managed contrary to law overall or that the central government assets have been misappropriated. However, a qualified opinion on regularity should always be considered a serious issue for the financial management of the agency in question.

The most common reason for a qualified opinion on regularity in 2021 was that the accounting office had used the general VAT item of the administrative sector where this was not permitted under the budget. Five accounting offices were issued with cautions for this reason, and four of these cautions were related to items budgeted including VAT. In these situations, the VAT expenses should have been recorded in the same item as the actual expenditure. The fifth of these cautions was issued because the VAT item of the administrative sector had been used in connection with a VAT-exempt invoice.1

Several accounting offices were obliged to cancel part of the appropriations carried over to the following year due to a procedure contrary to the budget.

In practice, VAT procedures contrary to the budget have meant that the agency has saved part of the appropriations at its disposal by recording expenses not belonging to the VAT item of the administrative sector to this item. If a deferrable appropriation of more than one year has been concerned, the National Audit Office has required the accounting office to cancel the appropriation unduly carried over to the following year, i.e., the part of the erroneously recorded VAT expenses from the appropriation carried over to the following year. Four accounting offices were required in the financial audit to cancel appropriations, which is clearly a much larger number than usual. Three of these cases were related to VAT procedures, and one was related to recording income in a gross-budgeted item in violation of the budget. 1

The figure shows the audit findings of the National Audit Office for 2019–2021. The data presented in the figure are based on the financial audit reports of the accounting offices. The figure discloses whether

The figure shows which accounting offices have been cautioned concerning the above issues (“Show cautions”). To see the reasons that have led to the cautions, click on the name of the accounting office.

The dynamic visualisation provides information on the cautions and disclosure requirements issued by the National Audit Office in its audits in 2019, 2020 and 2021. The same data is available in the Excel file below.

Cautions and disclosure requirements issued by the National Audit Office in its audits in 2019, 2020 and 2021 (Excel)

The number of cautioned accounting offices varies slightly from year to year:

In the financial audits for 2021, the National Audit Office issued more than one caution to

For 2021, the National Audit Office obliged three accounting offices to report to it on the measures they have taken to remedy the state of affairs for which they had been cautioned.

The State Department of Åland was obliged to report on how it intends to remedy the shortcomings related to balance sheet specifications in its internal control.

The Government Shared Services Centre for Finance and HR was to report to the NAOF how it intends to remedy the shortcomings in its internal control as regards the centralized financial and HR management duties.

The Ministry of Economic Affairs and Employment was to report to the NAOF how it intends to remedy the shortcomings found in its authorization accounting.

The state’s commitment to different pension schemes causes considerable expenses to the central government and thus constitutes a significant financial liability. In 2021, the pensions totalled around EUR 10.2 billion, accounting thus for around 15% of the total appropriations in the state budget. The correctness of the information reported on pensions is important from the perspective of the knowledge base of decision making, as the final central government accounts should provide true and fair information on the liabilities arising from different pension schemes.2

The monitoring, transparency and effectiveness of grants awarded from the proceeds of gambling activities should be improved

Grants from gambling proceeds have been awarded to a highly well-established group. This reduces the actual impact of the award criteria.

The grant management processes have been carried out essentially in accordance with legislation, but there are shortcomings in the monitoring of the grants, and the grant award process is not sufficiently transparent in all respects. Grants from gambling proceeds have been awarded to a highly well-established group of beneficiaries, which has reduced the actual impact of the award criteria. Well-established beneficiaries together with award criteria of a general nature may weaken the transparency of the grant award process. It is difficult to demonstrate that the applicants have been treated equally unless the considerations related to the award of grants are sufficiently transparent.3

The procedures the government grant authorities apply in the management of the grants also differ from each other in several respects. Differences were found in the processing of applications, the documentation, the preparation of decision making and the general procedures for monitoring the use of grants. There were also differences in the details of the terms and conditions of the grants. On the basis of the audit, there is a clear need to harmonise the procedures for the management of the grants and to promote the availability and use of the information available on government grant activities. The transparency and openness of the grant activities should also be improved.3

The proceeds from gambling activities have decreased, and a new funding model has been prepared to respond to the permanent decline in the proceeds. The aim is to implement the new model starting from 2024. According to the new model, the expenditure financed by gambling proceeds would be allocated and decided in the budget process in the same way as other expenditure within the central government spending limits.3

This chapter is based on the following audits and follow-ups 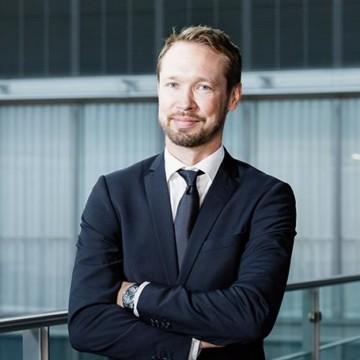