Go to the contents

In the audits conducted by the National Audit Office of organisational mergers, competence development, recruitment and climate finance, it was found that planning has not been sufficiently detailed and long-term. When government agencies have been merged, many objectives and their intended impacts have remained vague from the perspective of monitoring. The planning of the number of central government staff has been short-term in the case of duties for which the central government itself trains the workforce. Furthermore, agencies do not sufficiently anticipate the competence they will need. Between 2017 and 2021, Finland has granted more than EUR 600 million in total in international climate finance as part of development assistance. However, the Ministry for Foreign Affairs has lacked a clear plan on how to implement the Government’s policy lines for increasing climate finance.

The need for organisational mergers should be justified, and their objectives should be defined in detail

Mergers of central government agencies should be better prepared and have concrete objectives, and their economic impacts should be assessed and monitored. Mergers aim to develop and increase the efficiency of government agencies’ activities. However, based on the audit conducted, they do not necessarily lead to any major changes in the merged organisations.1

In the planning phase of a merger, it would be important to take into account the monitoring needs and to define concrete objectives, criteria for success and evaluation processes.

The mergers were not preceded by a comprehensive survey of the available alternatives or an analysis of the alternative methods or solutions to achieve the desired objectives. In the government proposals, alternatives were discussed only briefly or not at all. No sufficiently concrete objectives and indicators were set to enable assessing the success of the mergers. From the perspective of monitoring, many of the objectives and their intended impacts have remained vague. Mergers can be effectively monitored only if the objectives set for them are sufficiently concrete and if there are processes and success criteria or indicators in place to enable assessing their achievement and impacts. In fact, the monitoring needs should already be considered in the planning phase of a merger.1

The central government does not have such common principles or guidelines for agency reforms that would encourage examining the reforms from the perspective of all agencies and the overall organisational structure. Nor have there been any guidelines concerning assessing the necessity of agency mergers. However, it should be noted that the Ministry of Finance issued a recommendation in December 2021 on the principles to be observed in the organisation of activities in central government agencies.1

Leadership and the management system have a major impact on how and to what extent the objectives set for the merger are achieved. In organising and carrying out their core tasks, the audited agencies still rely on the management positions and systems used in the old agencies. In the Finnish Food Authority, new organisational structures were also created to meet the needs for strategic management.1

The number of staff in on-budget entities has decreased significantly in the 2000s: in 2000, it was about 124,000, but in 2021, it was only about 78,000. The most important reason for the decrease has been reorganisations. For example, the university institution and its staff became off-budget resources in 2010. In recent years, however, the number of staff has increased again: between 2016 and 2021, the increase was more than 5,000 persons, i.e., about seven per cent.2

The central government does not plan the number of staff strategically and in the long term.

The planning of the number of staff is the responsibility of ministries, which steer the activities and finances of their administrative sectors, as well as the agencies and institutions themselves. On the other hand, the Government also steers the number of staff in various ways. Government programmes and reports set targets for the number of staff at government agencies, and the task or agency-specific numbers of staff have been steered even in great detail in the financial planning.2

The central government itself organises the training required in the duties for up to a quarter of its staff.

The central government itself organises the training required in the duties for up to a quarter of its staff. The staff groups trained in this manner include, for example, officers of the Defence Forces, border and coast guards, police officers, emergency response centre officers and the guards of the Criminal Sanctions Agency. In these staff groups, successful recruitment requires that a sufficient number of persons complete the required qualification each year. Over the past decade, there have been great differences in the number of available student places for emergency response centre officers, police officers and guards and the number of students who have completed their education. Long-term planning of student places is needed in order to achieve the targets set for the number of staff. The Ministry of Finance should, together with the other ministries, strengthen the central government’s long-term staff planning, especially in the case of the duties for which the central government itself trains the workforce.

The central government has long been aware that it needs competent personnel in order to function effectively. For example, the latest HR policy guidelines, issued by the Government in 2001, state that the different units of central government must be able to acquire and retain competent, motivated and continuously developing employees capable of working. Based on the education level, the competence level of the central government staff has increased: in 2021, about 57 per cent had a university degree, which is 17 percentage points more than in 2002.2, 3

The competence development targets recorded in performance agreements have a weak steering effect, and it is difficult to assess how they have been achieved.

The number of staff, retirement and other loss of personnel as well as replacement recruitment have played a key role in government agencies’ staff planning and foresight. Agencies do not systematically anticipate the competence needed in the future or take loss of competence into account in their personnel planning. This poses a risk to the activities of the agencies and the achievement of their operational objectives. The agencies have no documented overall view of the human resources and competence needed in the future.3

Government agencies have tried to develop the competence of their staff by promoting mobility. Increasing the mobility of staff, competence and knowledge has been one of the central government’s shared HR policy objectives. However, no target level has been set for mobility, and the mobility of knowledge and competence have not been defined or examined in greater detail. The agencies have, therefore, understood mobility to refer mainly to staff mobility. In order to promote mobility, the concept should be defined in greater detail. In particular, it should be clarified what the mobility of knowledge and competence could mean in practice.2, 3

In the Paris Agreement, Finland has undertaken, together with other industrialised countries, to finance climate measures in developing countries. However, in the audit conducted, it was found that Finland does not have a published plan regarding the amount, allocation and effectiveness of the increasing climate finance.4

The planning of climate finance has not been particularly transparent.

The Ministry for Foreign Affairs has lacked a clear plan for how the Government’s policy lines will be implemented overall and what kinds of choices will be made in the allocation of the finance and on what grounds. The theories of change and aggregate indicators in the Ministry’s development policy have also lacked quantitative objectives for climate change mitigation and adaptation. As the monetary level or other strategic objectives have not been defined publicly, the planning of the finance has not been particularly transparent. Therefore, it is also difficult to establish its effectiveness.4

To be able to monitor and report on the effectiveness of climate finance appropriately, the Ministry for Foreign Affairs should have available as systematic and consistent information as possible on the results of climate actions implemented through different financial instruments and organisations. This is a major challenge for both Finland and other donor countries.4

The National Audit Office recommended that the Ministry for Foreign Affairs should draw up a public plan for how it will increase and allocate Finland’s international climate finance, justifying the choices, priorities and influencing objectives included in it. At the same time, the Ministry should develop the operational planning and decision making related to climate finance. It would also be important to justify decisions on climate finance from the perspective of climate results and to ensure that the results of the finance are monitored, entered in statistics and reported as systematically and consistently as possible.4 In March 2022, for the first time, the Ministry of Foreign Affairs published Finland’s long-term plan for international climate finance, extending until 2026.

The chapter is based on the following audits 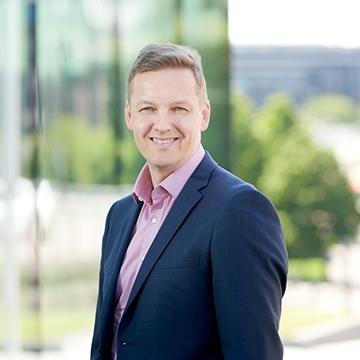